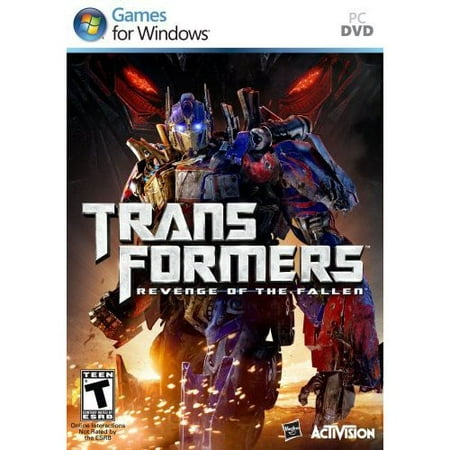 Become the ultimate Autobot? or Decepticon? in TRANSFORMERS?: REVENGE OF THE FALLEN, the official game of one of 2009's biggest blockbuster films. Unleash your power to determine the fate of Earth as the ultimate war rages across the globe. Every second counts as you experience TRANSFORMERS like never before! Product Features Multiplayer: Play with your friends online in co-op challenges or brutal head-to-head battles. Choose Your Character: Your favorite Autobot or Decepticon is at your fingertips upgrade your weapons, level up your robot, and use unique abilities to fight the way you've always imagined. More than Meets the Eye: An all new system gives you precise control as you instantly switch between Robot, Vehicle, and Weapon modes at any time. Intense Heroic Missions: Seconds can make the difference between survival and destruction as you drive, fly, fight and shoot your way through gripping levels. Additional Platform Features Wii? computer entertainment system: All new offline co-op gameplay lets you team up with a friend! Gesture-driven control system exclusively for the WiiTM! Nintendo DS?: Choice of two games, AUTOBOTS and DECEPTICONS, each with unique storylines, missions and characters. Compete with up to 4 players via Wi-Fi connection, and combine both skus for the biggest DS battle ever! PSP (PlayStationPortable) system: Fight, fly, drive and shoot through intense arcade-style missions! Battle your friends in Wi-Fi multiplayer modes!